SIDE CONTENTSClick Here For More Info 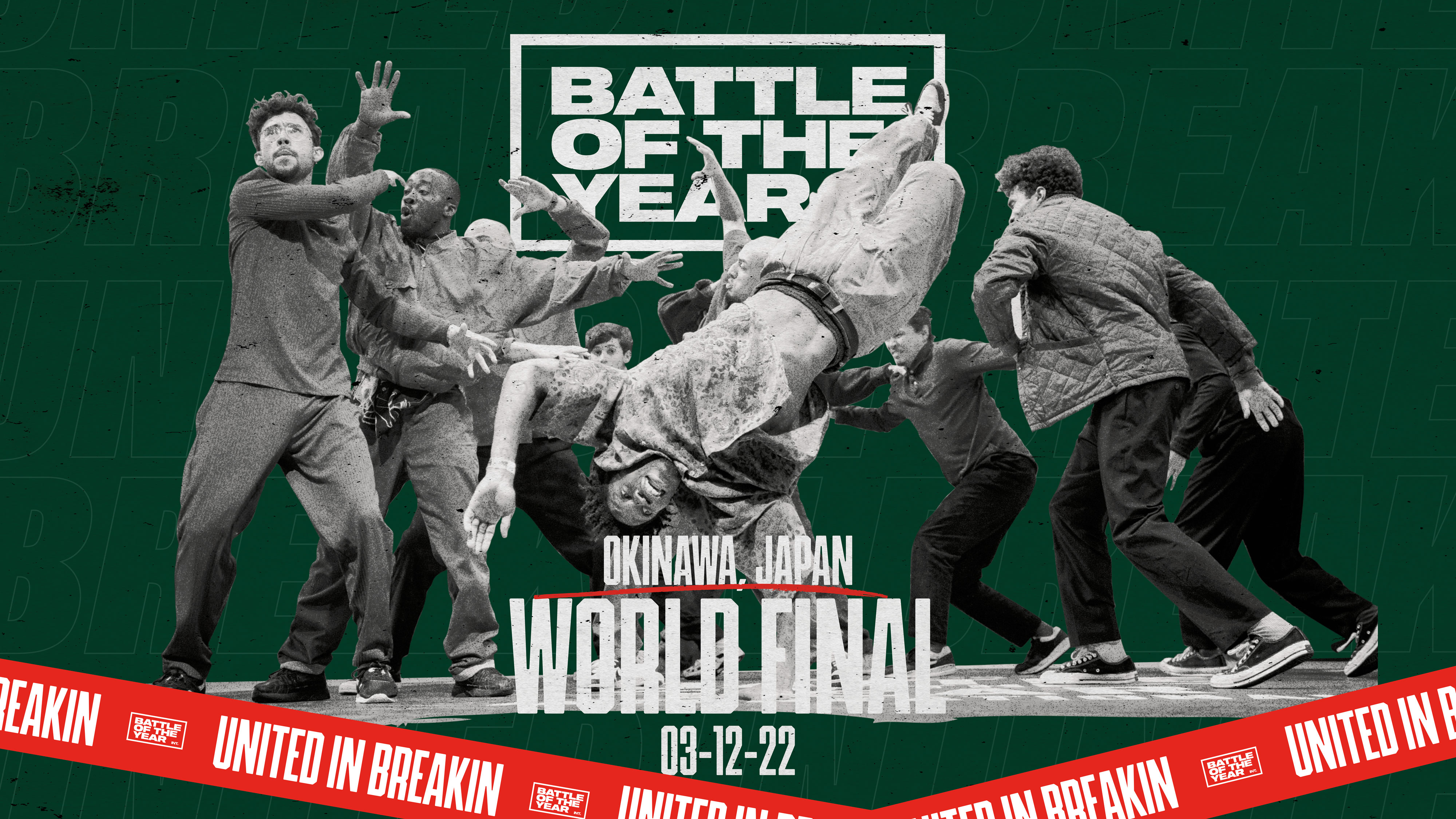 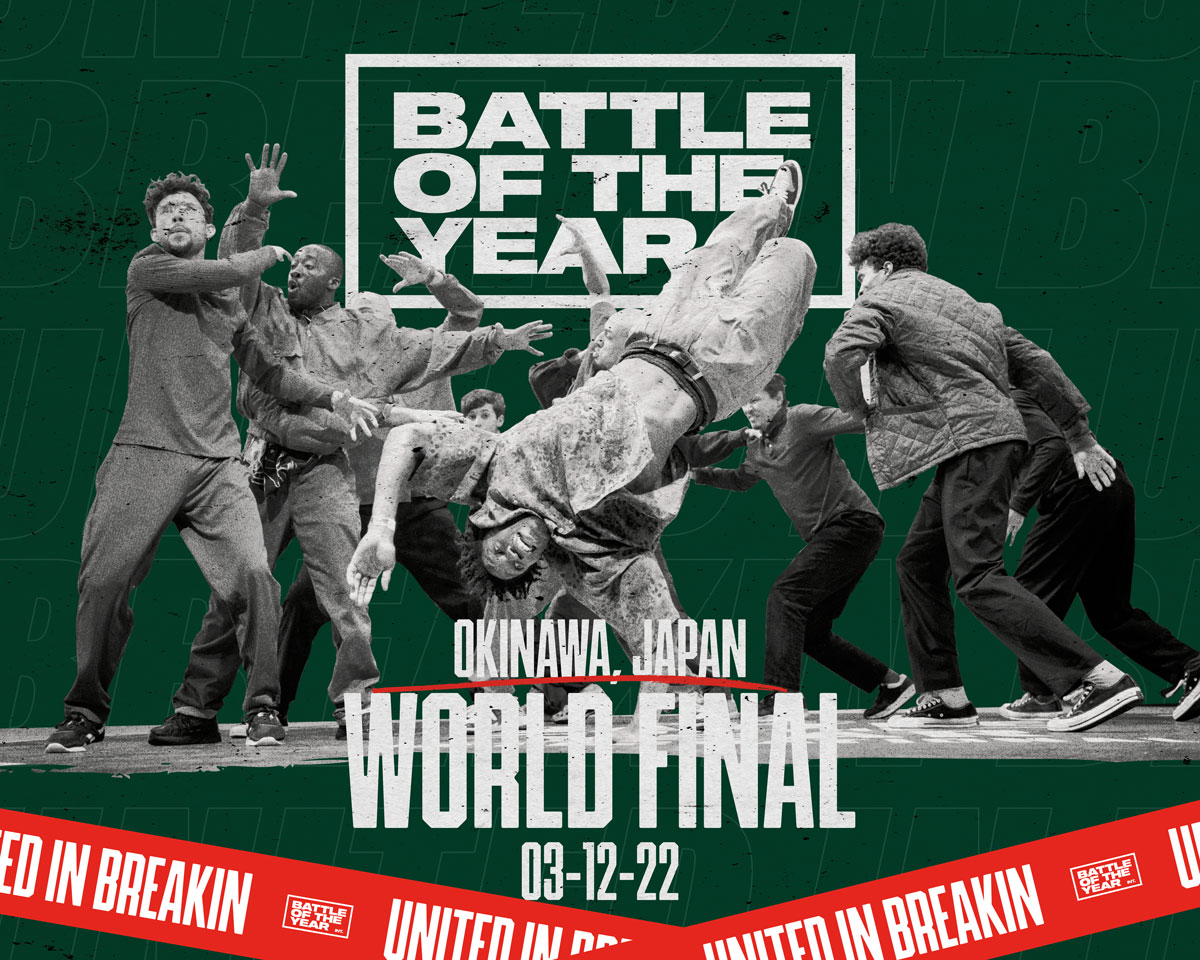 December, 2022. Coming to Asia for the first time ever!
To be held in Okinawa, Japan!

Battle of the Year (BOTY) is celebrating its 32nd anniversary, since its launch in Germany in 1990.
It is the oldest and greatest breakdancing competition in the world that invites 10,000 spectators.
It has been referred to as the "World Cup of Breakdancing"

What distinguishes BOTY from other competitions, is that all participating crews are judged before the finals based on their showcases. The top 8 crews will move on to the final tournament.
Traditionally, battle-style competitions were mainly only able to fully satisfy dance fans, but by incorporating showcases, BOTY has successfully been able to add a new layer of entertainment and reach out to a broader audience.
Showcasing allows for every player to show off their unique skills and different styles of dancing that each country has, giving this portion international significance.
The first-ever Asia World Finals will be held at Okinawa Arena, Japan on December 3rd.
On this day, the greatest crews and dancers will gather in Okinawa.
Come experience the greatest breakdancing entertainment that you have ever witnessed. *Participating countries vary depending on year *Please check with your ticket site for more information. Those who purchase a BATTLE OF THE YEAR ticket are eligilbe to participate and view the side contents which will be held on Dec. 2 (Fri.) and Dec. 3 (Sat.). Entry on the day of the event is not allowed. Please register in advance.